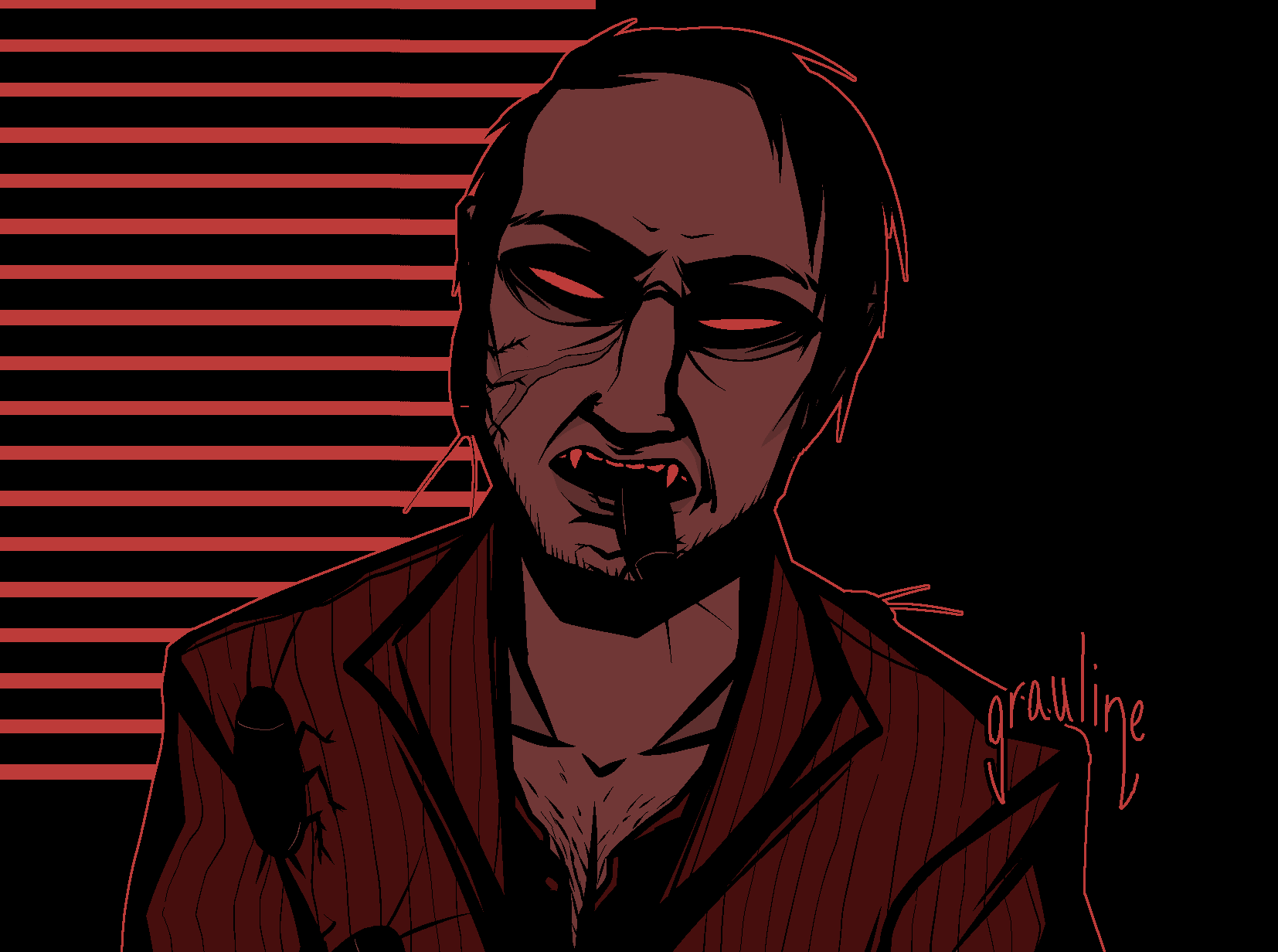 marcel was a contract killer in life, and the efficiency of his work attracted the attention of a powerful vampire.

he is bound to his sire, josef, by the supernatural power of his commands. josef has little care for marcel, seeing him only as a tool to protect his domain and his power.

marcel has a knack for stealth, able to move completely silently.

by accident, he's recently discovered a newfound ability to communicate with insects. he's become quite fond of cockroaches, and is often accompanied by the sound of their skittering.

reluctantly took in a familiar, wren, after executing his previous master. despite marcel's stubborn insistence that he has no use of a servant, wren's company has unexpectedly helped him re-establish a link to his lost humanity.

he left behind his parents and a younger sister in germany. he misses them terribly, and his heart aches that they'll never know the truth about him.