the electrician
the walker brothers

jesus for the jugular
the veils

bringin' home the rain
the builders and the butchers 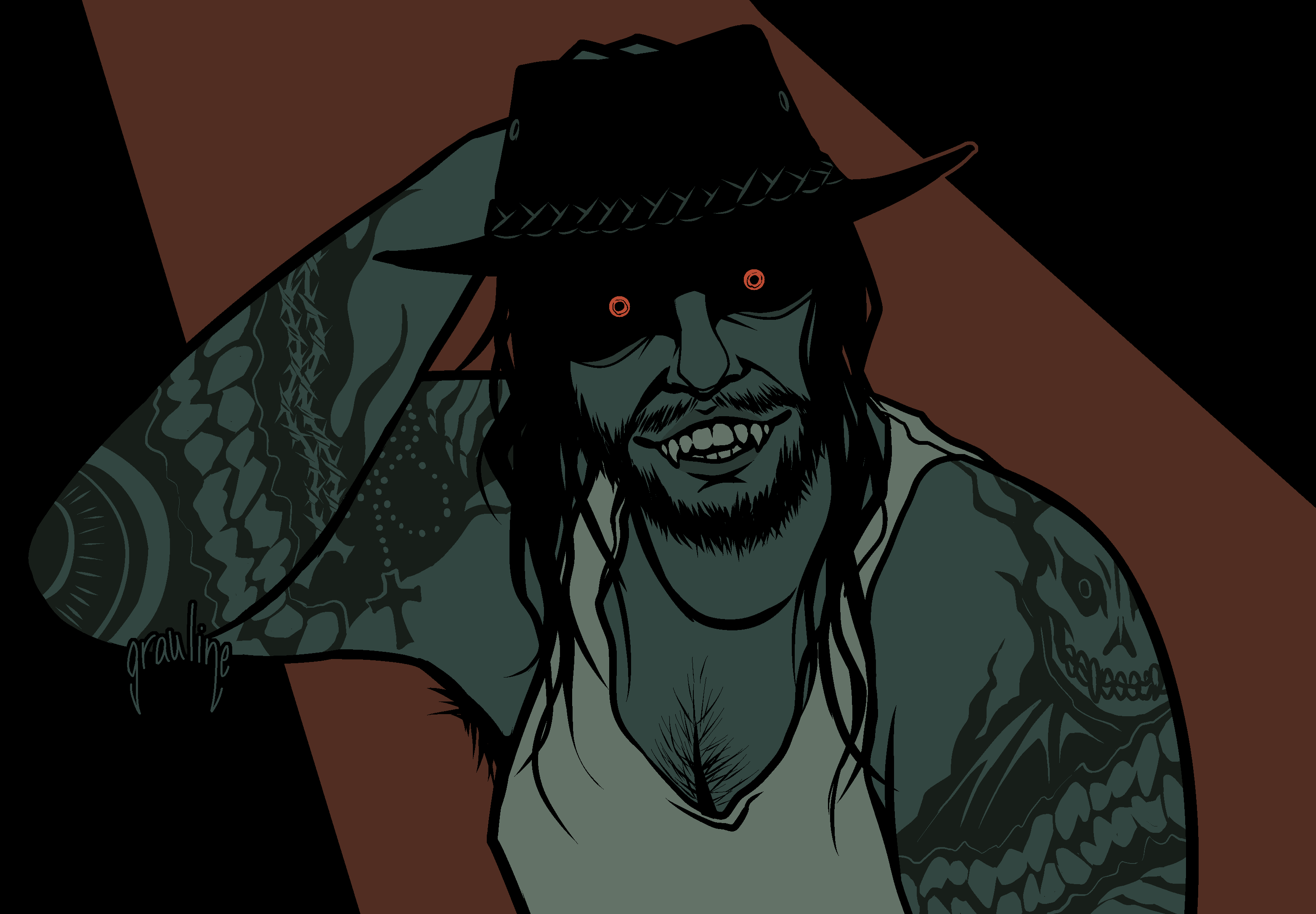 lacey was raised southern baptist. his embrace fractured his faith, but he still believes in god in a complicated "absent father who hates me" way.

generally copes poorly with his cravings for blood and brutality, attempting to sublimate it into a hunger for justice. he claims to do "terrible things to terrible people," hunting bigoted and abusive men.

has the temperament of an excitable dog.

he let his hygiene fall by the wayside after his death. his hair is flat and stringy, his beard permanently caked with old blood.

lives in an old trailer affixed to the office of benson scrap & auto, his family's now-defunct scrapyard.

perhaps unexpectedly, lacey prefers comedies to any other genre, and has a special fondness for old sitcoms. he owns a sizable collection of VHS tapes.